When company founder Onnie Jones made the decision in 1954 to manufacture his hand cleaner on a full-time basis, he knew he was going to need help, so he ran an ad in a local newspaper. One of the respondents was Claire Newman, a young housewife who had been raised on a farm with eleven siblings. Onnie knew she was a woman who wasn’t afraid to work, so he hired her.

For the next decade, Onnie and Claire worked tirelessly to improve the Joe’s No Water Mechanics Hand Soap hand cleaner formula that Onnie had originally purchased from a chemist. At the time, the thought of a totally waterless, odorless, and non-greasy hand cleaner was unheard of. But with input from their chemical suppliers—and armed with a 3-gallon washtub and a boat paddle for stirring—Onnie and Claire developed a product that quickly became known as the best hand cleaner available on the market, which had grown to include all of Oklahoma and several surrounding states.

In 1968, Claire Newman and her husband, Louie, became partners with Onnie Jones. The company incorporated as Kleen Products, the name of the hand cleaner was changed to Joe’s Hand Cleaner, and additional products were developed. Sadly, in 1970, Mr. O.R. Jones died following a long and arduous battle with cancer.

By 1978, in order to meet increased production demands from a growing customer base, additional employees were hired. Claire and Louie’s eldest son, Ken, and Joe Brantley took over production responsibilities, which allowed the Newmans to concentrate on developing additional distribution channels.

In 1987, after a fire engulfed their warehouse, Kleen Products built a new facility on Interstate 40 in Oklahoma City. The new warehouse doubled the plant size and enabled the company to produce its own plastic containers and enter the private labeling market. Ken Newman took over the company’s administrative responsibilities, and his brother Mike joined the family business to oversee production and shipping.

Today, Joe’s Hand Cleaner is a third and fourth-generation Newman family business after adding to the staff, Mindy Kern as the General Operations Manager in 2003, Blake Newman as the Production Manager in 2009, and Tyler Newman as the Shipping Manager in 2010. They serve customers throughout the United States, Canada, Mexico, and Iceland. It is the dedication to excellence first established by Onnie Jones, Claire Newman, and Louie Newman that has given our company a rich history. And it is that same dedication to excellence that points us to an even brighter future.

For as long as anyone can remember, Claire Newman had a sign in her office that read: Attitude Is Everything. She often said, “You’ve got to have a positive attitude when you walk in the door to see your customers.” She also said, “Never lie—then you won’t have to remember what you told somebody.”

The family values of honesty and integrity that Claire and Louie Newman instilled in their children and grandchildren, remain the guiding values of Joe’s Hand Cleaner today. It’s the reason we’ve been around since 1948.

Our commitment to you is to provide the finest of products with unparalleled service and continued dedication to customer satisfaction. 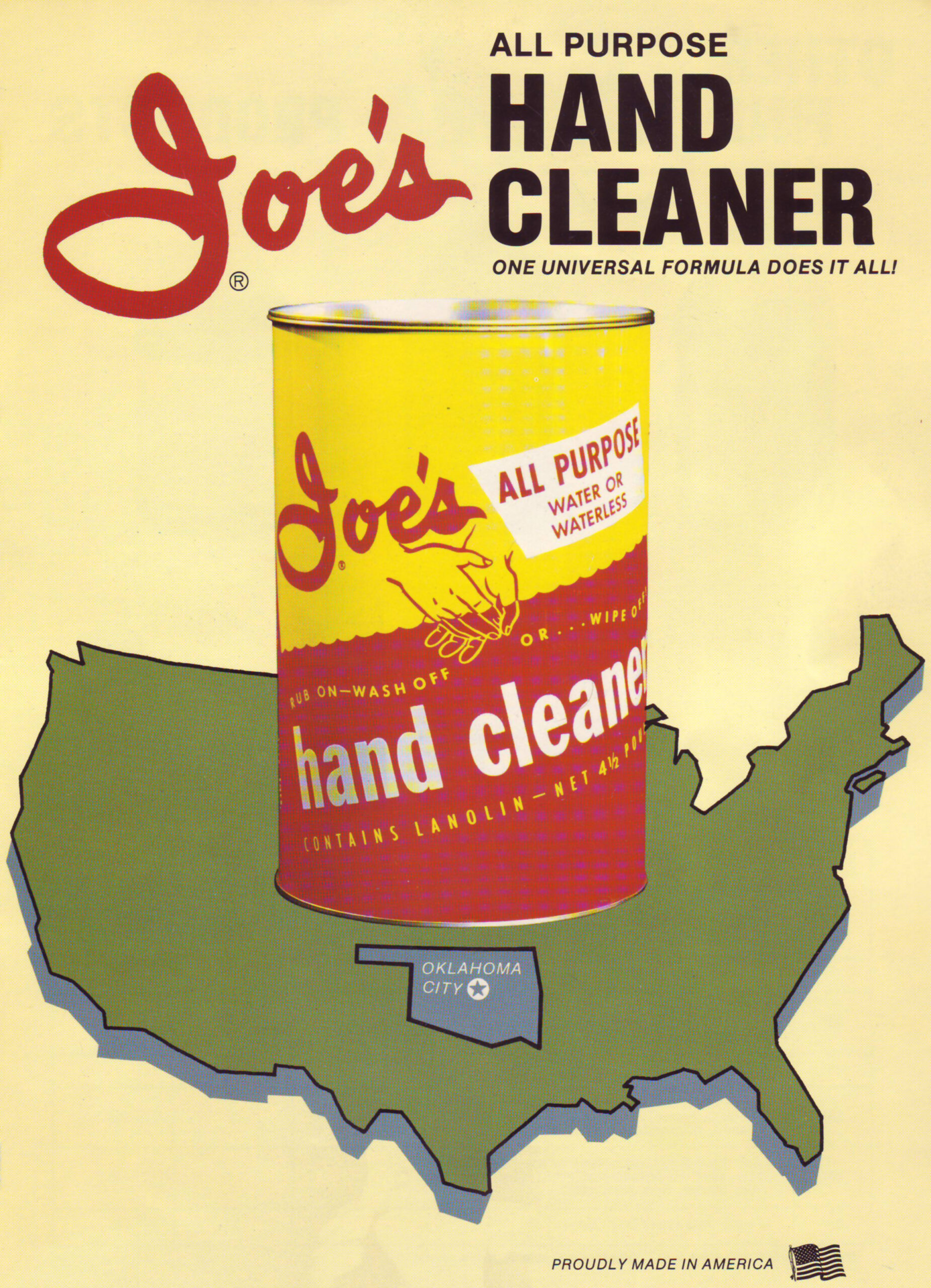